Jeffrey Townsend named to the Elihu Professorship in Biostatistics 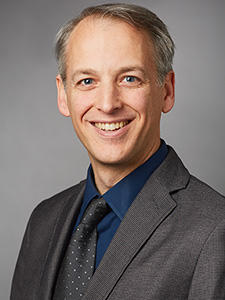 Jeffrey Townsend, newly named to the Elihu Professorship in Biostatistics, is internationally renowned for his contributions to that field.

Townsend created the first generally applicable quantitative theory of phylogenetic experimental design. This innovation — both theoretical and practical — has enabled scientists in diverse fields of inquiry to design more accurate and precise analyses of the relationships between genes and between genomes. The theory identifies which genes in which genetic samples should be evaluated to answer genetic and evolutionary questions, with widespread applications for medicine, conservation, developmental biology, and public health, among other arenas.

Applying these theoretical advances in his own genetic and phylogenetic research, Townsend has resolved myriad scientific challenges by breaking new ground. He has developed — and demonstrated — a phylogenetic approach to revealing genes whose gene expression has led to developmental and phenotypic differences among species. This discovery facilitates the efficient discovery of the genetic basis of evolved traits, including desirable traits in agriculture and animal husbandry and undesirable traits in invasive species and in plant, animal, and human pathogens. His statistical approaches for the analysis of gene expression data across species and environments have become a mainstay of comparative and evolutionary studies of gene expression.

One example of the practical impact of Townsend’s phylogenetic research is his study demonstrating clustered transmission of the Ebola virus during the 2014 outbreak and providing the first estimate of the degree of under-reporting of disease. His research modeling the emergence and spread of diseases has advanced the standard in the field, enabling full uncertainty analysis to provide policy makers not only with an estimate of the effects of new vaccines or treatments, but also with full knowledge of the precision of the predictions. Another example of the practical impact of Townsend’s breakthrough research is his phylogenetic analysis of cancer, which presented conclusive evidence in favor of a branched, evolutionary, diversifying model of cancer development, resolving a long-standing controversy in the field.

Townsend earned his undergraduate degree at Brown University and his Ph.D. in organismic and evolutionary biology at Harvard University. He conducted postdoctoral research in the Department of Plant and Microbial Biology at the University of California-Berkeley. He began his academic career as assistant professor in the Department of Molecular and Cell Biology at the University of Connecticut. Townsend joined the Yale faculty in 2006 as an assistant professor of ecology and evolutionary biology, and in 2013 was appointed as an associate professor of biostatistics at the Yale School of Public Health. He also serves as director of bioinformatics at the Yale Center for Analytical Sciences and became a member of the Yale Cancer Center in 2014.