Temperature swings may be bigger threat to life than increased warmth 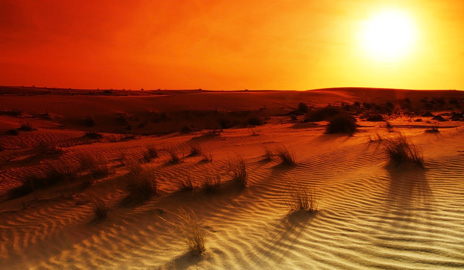 Insects may thrive in the warmer average temperatures predicted by climate models but are threatened by greater temperature variation also anticipated in many areas around the globe, a Yale-led study predicts in the Jan. 29 issue of the Proceedings of the Royal Society of London.

“There has been some thought that many species will do better because of rising average temperatures,” said David Vasseur, associate professor of ecology and evolutionary biology, who headed the study. “But when coupled with greater temperature variations, the story changes.”

Scientists have tested the impact of temperature on 38 species of insects. Vasseur and researchers from eight other organizations coupled that data with historic climate data and climate projections for 2050 to 2059 in order to assess effects of temperature variability. When only mean temperature rise was considered, insects flourished, but “greater variation impacted them negatively,” Vasseur said.

The frequency of wide temperature swings will impact species like insects more than larger-bodied species with longer lifespans, he said. Also the study suggests effects of climate change on many species will vary greatly by locale.

“Global climate models predict many areas of temperate regions such as the central Midwest and much of Europe will experience more climate variation,” Vasseur said.

The study was funded by the Canadian Institute for Ecology and Evolution and the National Science Foundation.