Evolution of pregnancy may be key to better reproductive technologies today 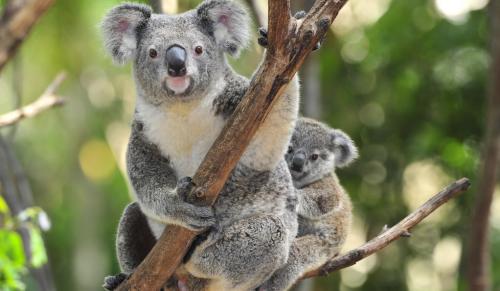 Pregnancy in humans has typically been studied as an anti-inflammatory process, where a mother’s immune system is suppressed to protect the fetus from attack.

Why inflammation — a major cause of morning sickness — is necessary for initiating pregnancy, while at the same time representing one of the biggest risks to the developing fetus, has remained a medical mystery.

Yale scientists offer a new perspective on physiology of implantation, showing humans differ from their evolutionary ancestors by undergoing the pro-inflammatory process at the onset and conclusion of pregnancy, they report July 24 in the Proceedings of the National Academy of Sciences.

Examining the evolution of the first live-bearing mammals, biologists at Yale’s Systems Biology Institute studied pregnancy in marsupials, which shared a common ancestor with humans approximately 160 million years ago.

“In marsupials, we found that inflammation occurs following the contact of maternal and fetal tissues, but in humans, inflammation is suppressed once implantation is complete,” said Gunter Wagner, the Alison Richard Professor of Ecology and Evolutionary Biology at Yale and senior author of the study. “Effectively inflammation is turned off to allow for a longer gestation period and an extension of pregnancy.”

Looking at gene expression in the period of placental formation in the short pregnancy of opossums, the scientists showed that the marsupials have not adapted to cope with the irritation caused by the attachment of the fetus, with a placenta forming for only two days of a 14-day pregnancy.

During marsupial pregnancy, the embryo begins to develop inside an egg shell. As pregnancy continues the embryo breaks down this shell barrier by secreting digestive enzymes.

“This results in the intimate contact of maternal and fetal tissues, but once the shell is gone, the embryo continues to produce these digestive enzymes, which likely irritate the uterus and induce the inflammation response,” said Oliver Griffith, a postdoctoral fellow in the Wagner lab and lead author of the study.

In humans, implantation is the most vulnerable process during pregnancy, with more than 75% of unsuccessful pregnancies resulting from failures at this stage.

While many advances have been made in reproductive technologies, few improvements have been seen in implantation rates, in part because of the classic way of thinking about the fetus as a “transplant” requiring immune suppression to take hold.

By looking at the evolutionary story, the researchers provide evidence that inflammation at implantation is a normal part of pregnancy — and with it a new paradigm for understanding implantation in humans, which it is hoped can lead to better reproductive technologies.